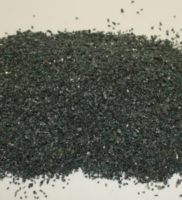 Get A Free Quote Today!

Due to the high hardness of CALSIC S (2800 Knoop), it is extremely resistant to wear and abrasion.

CALSIC S retains nearly full strength to temperatures approaching 1750°C. Due to its high modulus, our sintered silicon carbide does not creep under load.